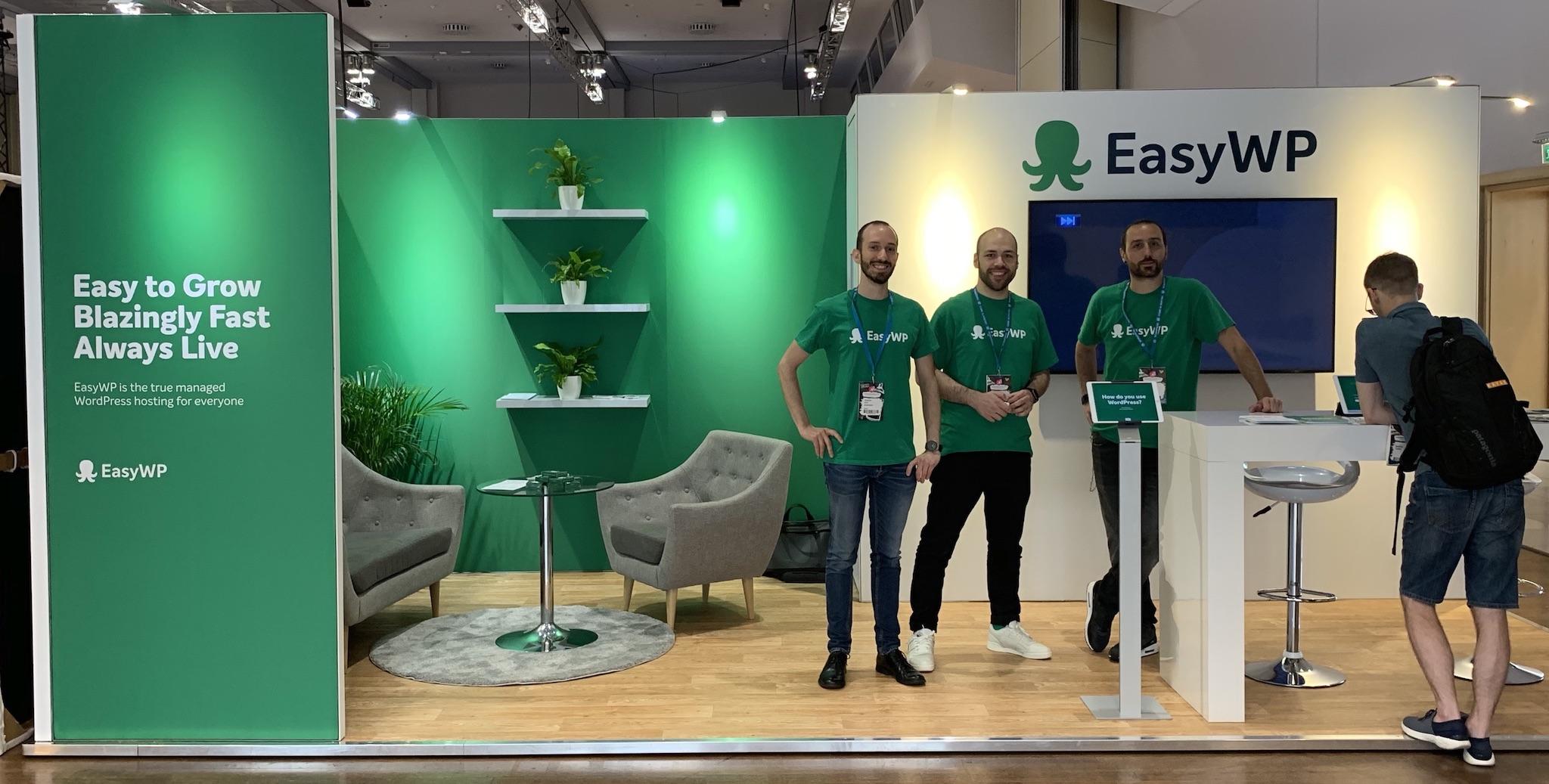 Doesn’t time fly when you’re having fun? We can’t believe that two weeks have passed since we proudly sponsored and also exhibited at WCEU 19. This was largest WordCamp we’ve attended to date and 6 members of the Namecheap team involved in EasyWP were present over the 3 days.

They say a picture is worth 1000 words so here are some for you to enjoy.

Here are some highlights from the show. We held an anonymous survey on the state of WordPress in your own views and will be building a cool infographic for this shortly. In the mean time, we’ve got some early results for you to look at on the Skyline Whitespace were responsible for the build. Kudos to them for such a good job!

Why is EasyWP so cheap?

TLDR Version: Because we’ve built everything from the ground up. Our own cloud, our own platform built heavily around Kubernetes, our own hardware in the Namecheap datacenter in Phoenix, connected to our own network. This has been far from easy but the result is we don’t have any middlemen. No expensive hyperscalers to build into our cost base and we pass on these savings to you. We do have more work to do in telling the story around our own Cloud that powers EasyWP and this is something we’re working on.

Can we work with / partner with you?

We had a lot of interest from theme developers, plugin developers and other organisations and individuals in the community. We’d like to work with as many of you as possible. Drop us a note at [email protected].

Where will you be next?

These are our confirmed WordCamps for the rest of 2019. We’re open to helping with a few more and just get in touch if you’d like to discuss for 2019 or 2020

Matthew Russell
Matt is the hosting and cloud aficionado at Namecheap. As Chief Cloud Officer, he leads the Namecheap Cloud Team - the people that brought you EasyWP. When he’s not working, he enjoys playing with his young son and is training for his private pilot’s license. As a dedicated reader, he has many favourites from authors including Adam Smith, Simon Sinek, John Grisham and more.
Share this article:

How to create a WordPress gallery in minutes

As you upload and/or select images, a checkbox will appear at the top corner of each thumbnail. It may take a few moments to upload your photos depending on their size, and your internet speed, and the number of images you’re uploading.

Why EasyWP is great for building single-page websites

In this article, we’ll discuss the advantages of these simple one-page sites, and how you’re actually better off building one of your own, with WordPress.org rather than using a website builder tool — so long as you go with a host like EasyWP that takes over the arduous task of installing, managing, and hosting WordPress yourself.